What is Airsoft? Background & Rules of the Game

New to airsoft? Then our quick guide to get your up to speed is just what the doctor ordered. 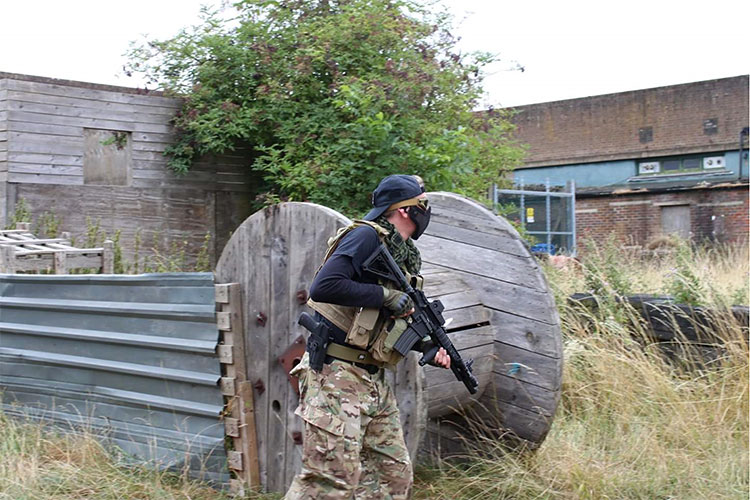 The idea of airsoft first appeared in Japan. In the late 1970s the government banned the use of all firearms for civilians. So, to help preserve the experience, companies started making replicas of real firearms that used 6mm BBs as projectiles.

Replica firearms became popular really quickly, as people understood and built on their use. Nowadays, airsoft is a well-known military simulation game played in real-life with real people, using replicas of advanced weaponry.

The game is incredibly versatile, with different types, strategies, and roles. It can be played by almost everyone regardless of age or gender, as long as you understand and follow the rules. It’s also easy to learn and the experience is quite intense for everyone involved.

The history of airsoft

As we already mentioned, the game was born back in the 1970s, in Japan. It first started as a target shooting activity but it grew into casual realistic war games that took place in real-life (not just video games).

The very first airsoft weapons were spring-powered and their popularity spread in other countries where the owning of firearms by civilians was banned (such as China, Hong Kong, Korea, Taiwan, and the Philippines).

The use of spring-powered airsoft guns spread to the UK and US from the late 1980s and 1990s, being promoted by toy companies as cool toys for boys. However, as airsoft companies started making more sophisticated and powerful gun replicas, adults also became involved in the game.

As such, it didn’t take long for the airsoft community to spread all across the world. The main appeal is based on the realistic experience and the wide variety of gun replicas from sniper rifles to pistols and from grenade launchers to shotguns.

Cashing in on the game’s wild popularity among young and adults alike, we now have professional airsoft fields that provide gamers with a safe outlet for their passion. The fields can be indoors or outdoors, and they are specially organized to enhance the war game experience and allow teams to enjoy their fun to the maximum.

In our days, airsoft is a popular recreational game that promotes team building and helps players improve a wide range of skills such as leadership, hand-eye coordination, observation, and more.

One of the reasons people love playing airsoft is its versatility. This game can be anything you and your teammates want, from a Call of Duty scenario to any other FPS video game out there!

As such the type of game varies depending on the environment (outdoor vs. indoors, urban vs. rural, woods vs. desert land, and so on), the number and size of teams, types of weapons used (AEGs, spring-powered, gas-powered), and more.

Still, there are a few scenarios that pop up more often than others, and we listed them here as guidance for beginners.

A very basic way to play. Basically, the first team to have all their players eliminated (struck by a BB) loses, and the other team wins. This way of playing is extremely competitive and usually favors players with good guns that can shoot long-range accurately.

In short, one player (or a team) must enter the enemy base, capture their flag and return it to the base.

This style has two versions: Live Flag and Dead Flag. The first version allows the carrier to drop the flag if he/she gets shot. This way, another teammate can take the flag and continue the mission.

Dead Flag requires the flag to return to its original location if the capturer gets shot on the way to his/her enemy base. This version (Dead Flag) encourages a more methodical and tactical approach and forces players to work together for a successful mission.

King of the hill

This style implies both defense and offense, as teams should rotate their position. The winner is the team that’s located closest to the flag at the end of the game and the purpose of the game is to learn how to hold your position while under attack.

This style is usually found in video games, where one team has to drop a bomb on the other team’s base and detonate it there. If you want it’s like capture the flag, but in reverse.

The game starts with neither team having the bomb (which is a timed device fitted with sound and/or lights). The device is placed on the map (in this case, the field), and the first team that retrieves it has to take to the enemy base. For most games, the bomb can be a grenade rigged to start launching a spray of BBs once it hits a solid surface. We have a well-researched guide on this topic, so make sure to read more about the best airsoft grenades!

Once activated, players must protect the bomb’s location until the timer reaches the end.

One of the elements that attract people towards airsoft is the power of simulation. You get to use guns that look and feel like the real deal in an environment that’s specially designed to create a war scenario. This way, you get to experience the battle without actually risking your life and health. Reenactments are special games where players dress and use special airsoft weapons that fit the narrative. For instance, many people enjoy re-living battles from the War World II era, so the offer for gun replicas from that time is diverse.

For more about this, check the comprehensive guide I’ve written on the best WW2 airsoft guns and their purpose in the field.

Quick note: it’s important to know that different matches can feature specific rules and penalties depending on the location and the organizers.

While each game type has its own rules and teams can agree on new rules for each skirmish, there are a few immovable laws of airsoft every player must abide by.

As you can see, the book of rules is not big, so it’s not difficult to follow them. Also, players caught cheating risk being banned from their teams or the airsoft field.

You don’t have to be a passionate player to see that airsoft is a lot of fun.

It offers players a realistic military simulation experience, it is fast-paced and allows players to blow off some steam without being toxic or harmful to other people. It’s also very similar to First-Person Shooting video games, which can be a dream come true for a gamer!

Lastly, this game is supported by a hardcore community that’s very inclusive and welcoming.